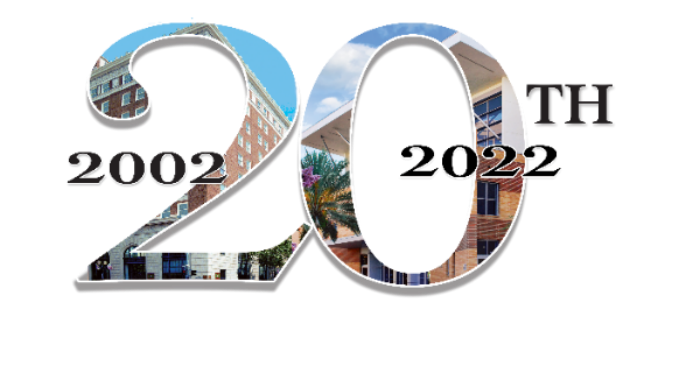 When Florida Gov. Jeb Bush signed legislation on June 14, 2000, authorizing a College of Law at Florida Agricultural and Mechanical University, high expectations were set for the new law school. With its unique history of having been opened and closed decades prior, the College’s opening was heralded as an opportunity to right a wrong and diversify the legal profession. The enabling legislation stated that the College would be “dedicated to providing opportunities for minorities to attain representation within the legal profession proportionate to their representation in the general population.”

Since officially opening its doors in Orlando in 2002, Florida A&M University (FAMU) College of Law has far exceeded those expectations. FAMU Law has consistently been recognized for its diversity by legal publications. In the Spring 2022 edition of preLaw Magazine, FAMU Law was ranked No. 2 for the Best Schools for Black or African Americans and No. 14 for Best Schools for Hispanics.

Graduating its first class in the spring of 2005, the re-established FAMU College of Law has proudly marked the following achievements:

We are celebrating those success stories and many more as we recognize our 20th anniversary. We are reaching out to our strategic partners in the legal profession and corporate arena to engage you in the celebration. Specifically, we are asking for the support of your organization to endow a scholarship that will help us to recruit and retain highly credentialed students that we can support to success. A minimum donation of $25,000.00 is required to endow a scholarship and provide perpetual financial support the FAMU Law. 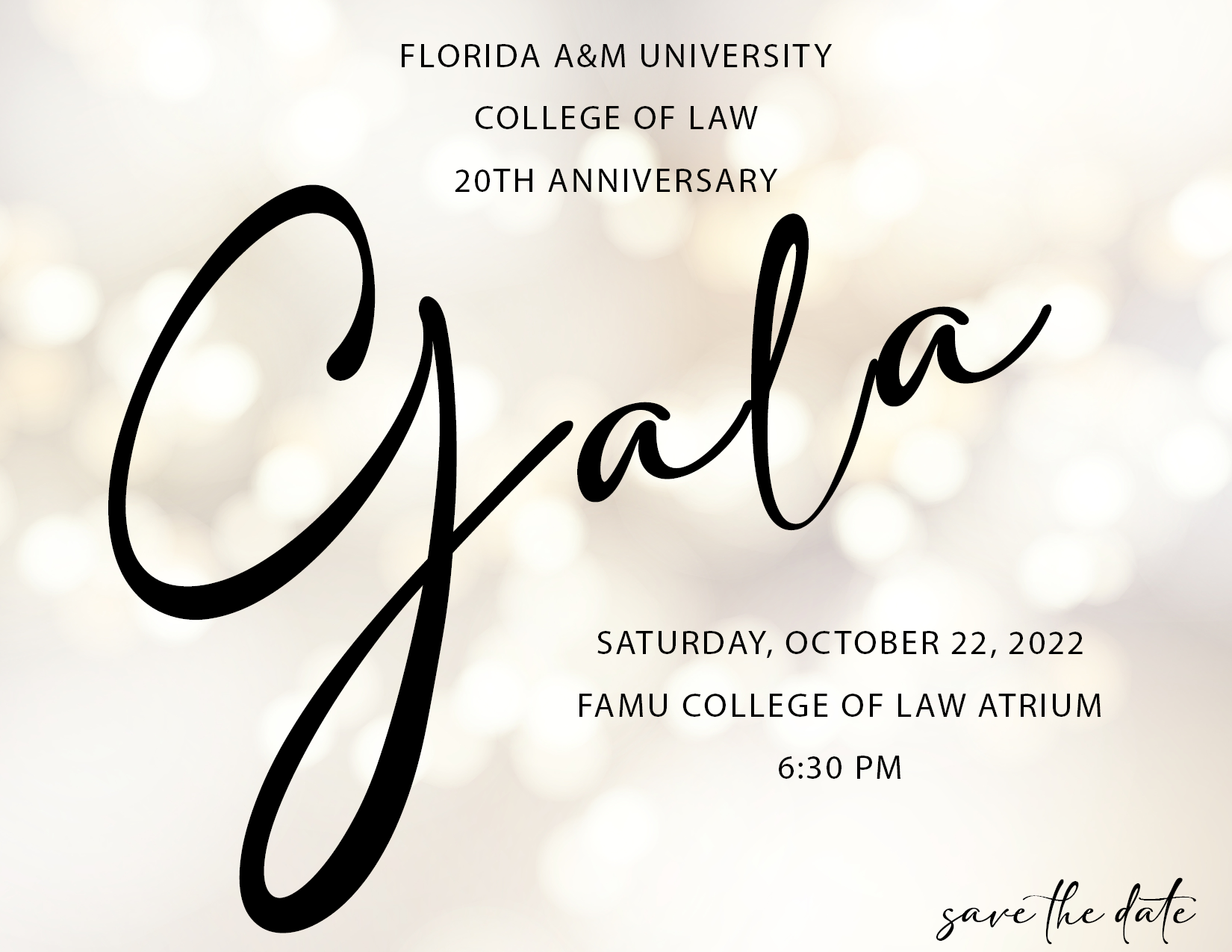 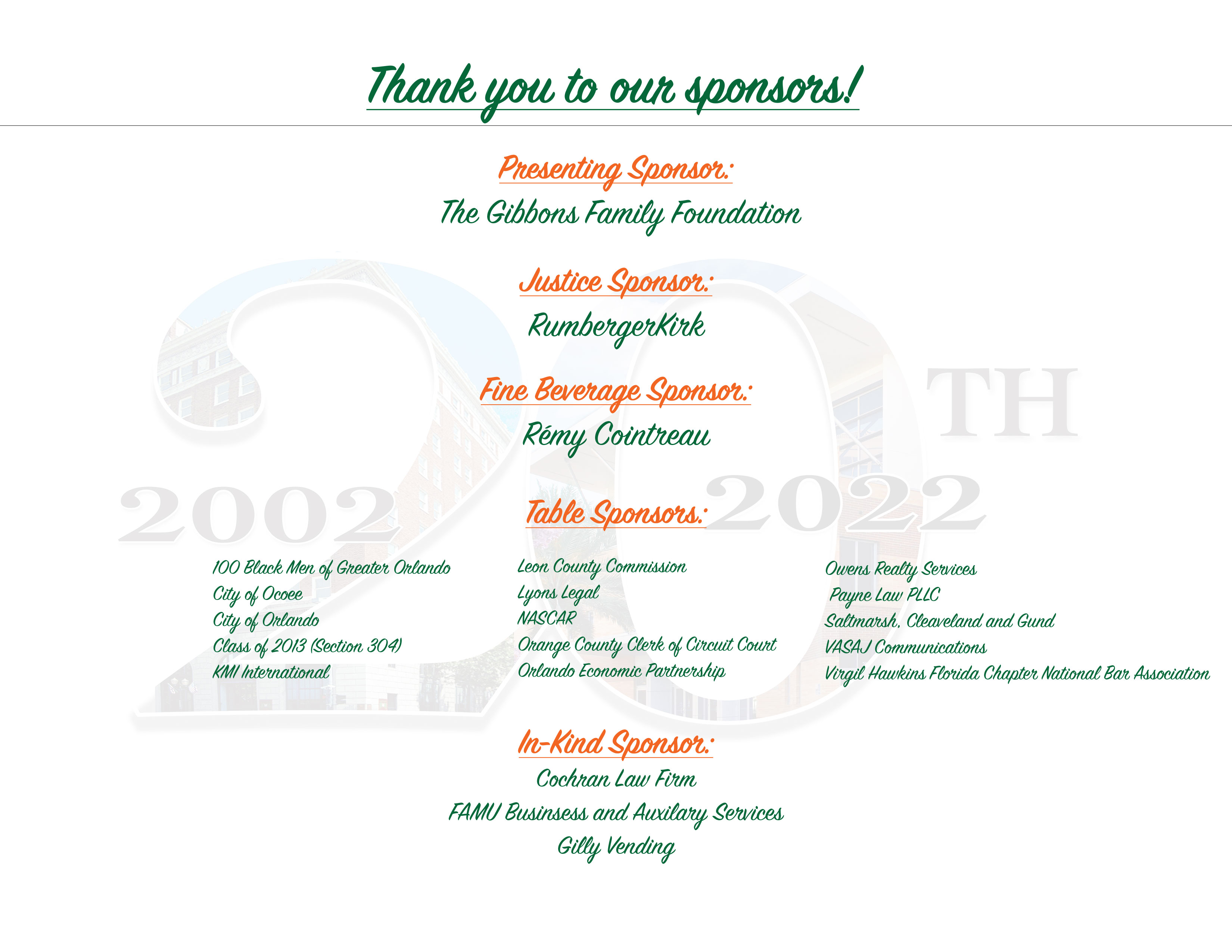